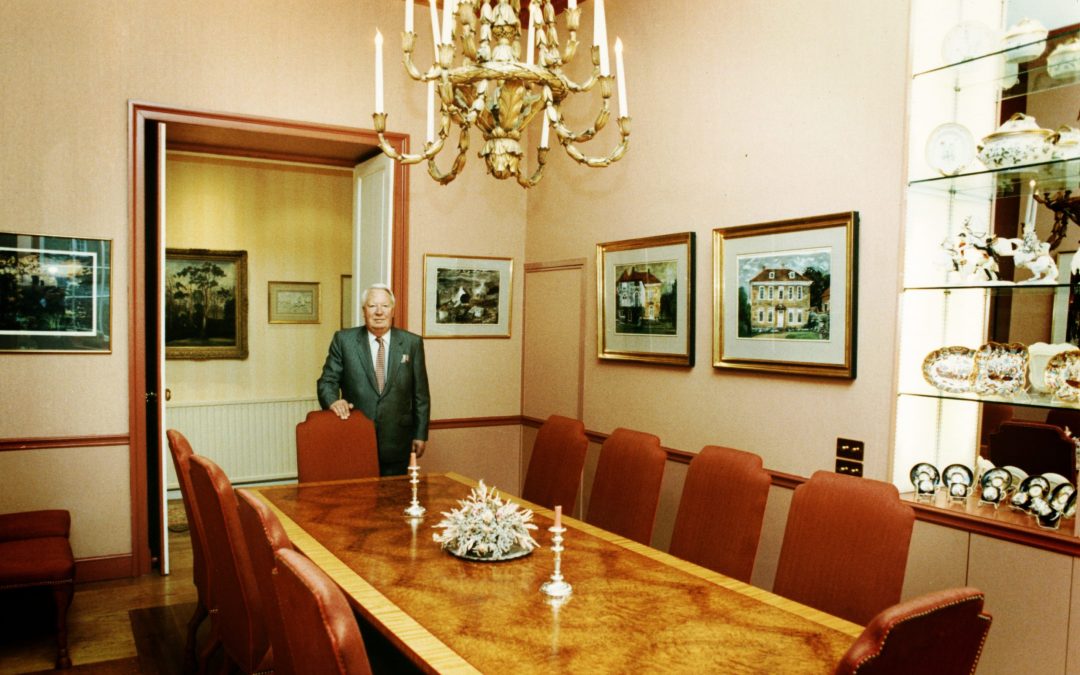 In a review of Michael McManus’s Edward Heath: A Singular Life in July 2016, Philip Collins penned one of the most deceptively simple assessments of the former Conservative Prime Minister’s character. Speculating on the often-discussed sexuality of the man who Peter Hennessy affectionately dubbed ‘the Old Curmudgeon’, Collins observed that ‘it is a mistake to suppose that those who cannot express emotion lack for feeling’, concluding that, as was the case with the often mono-syllabic Heath, ‘they usually just lack for words’.

Throughout his long and diverse political career, there existed a persistent caricature of Sir Edward Heath as a cantankerous and painfully rude loner. An artistic lifelong bachelor whose ego was almost as sizeable as his ever-expanding girth, possessing the ‘tranquil consciousness of effortless superiority’ which Herbert Asquith once said characterised his fellow graduates of Balliol College, Oxford. In October 1967, an episode of Panorama noted that he possessed a deep shyness and aversion to glad-handing, describing his public and political persona as like that of a ‘sensitive man in a butcher’s shop’. As Sir Edward du Cann, the formidable and longstanding Chairman of the 1922 Committee, once remarked, Heath always acted as ‘his own worst enemy’, being both unwilling and unable to ‘create the degree of goodwill … that would have allowed him a longer period of office’.

Whilst this reputation has endured since his death a week after his eighty-ninth birthday in July 2005—perhaps justifiably because of an endless list of anecdotes about his immense self-belief, inability to feign friendliness for those he disliked, and legendary ability to hold a grudge—Heath was the standard-bearer for ‘a politics run by people with hinterlands’, whose passing Kenneth Clarke lamented in his 2016 memoir, Kind of Blue.

Nowhere are Ted Heath’s rich and varied private passions more evident than in his stately Grade II*–listed sanctuary, Arundells, in Salisbury’s Cathedral Close. First built in the first quarter of the thirteenth century as a medieval canonry, and extended and enhanced 500 years later, Arundells sits on a serene, low-lying plot, surrounded by two acres of well-manicured gardens, stretching from the north-west corner of the Close to the confluence of the Rivers Avon and Nadder. One visitor, seven years before the English Civil War, noted that the prestigious Close was ‘very spacious encompass’d in with a wall very strong’ and, as in 2022, Salisbury’s pre-eminent street ‘wherin Knights and Gentlemen of ranke and quality have their residence’.

With public rooms consisting of a light and airy drawing room, a dining room, a downstairs library, three bedrooms and a book-lined study overlooking the garden and water-meadow beyond, Arundells—which he bought shortly before his seventieth birthday—was the first and only house that the former premier ever owned and his primary residence for two decades until his death seventeen years ago. After being saved from demolition in the 1960s and restored to its thirteenth- and seventeenth-century core by Robert and Kate Hawkings, Arundells was then extensively renovated and redecorated by Sir Edward in the 1980s to create a ‘contemporary interior inside a pre-eminently thirteenth-century and Queen Anne building’.

In addition to installing his own furniture, Steinway Grand, and his extensive collection of artwork (including two of Winston Churchill’s paintings, ‘Yachts at Sea’ by L.S. Lowry, and a pair by John Singer-Sargent), Heath’s renovations saw period fireplaces fitted in the entrance hall and library, the installation of double doors leading into the dining room, and the introduction of a pale, pastel colour scheme, which Country Life maintains is ‘redolent of official government residences of the period’. A spacious L-shaped entrance hall, dominated by a mirrored display cabinet, houses scale models of Heath’s five Morning Cloud ocean-racing yachts and the 1969 Sydney to Hobart Race Trophy, with a comfortable upstairs study accommodating a vast collection of Sotheby’s and Christie’s catalogues as well as a colonial pine-coloured writing desk once owned by David Lloyd George.

In its current state, Arundells, which opens to the public from March to November, is almost unique in being a relatively complete time-capsule of how this medieval canonry-come-prime ministerial dwelling appeared during its most famous occupant’s residency. In addition to the BOSE speakers inserted into the ceiling of his private bathroom, personal items such as Heath’s electric razor, toothbrush, and Kent 057 paddle hairbrush give the approximately 7,000 people who visit Arundells every year a window into the day-to-day life of the most private of public men.

Likewise, political anoraks will find that the sight of Heath’s clavichord—which could be the instrument at which he played the first prelude in C major from the first book of Bach’s Das Wohltemperierte Klavier after the House of Commons voted in favour of Britain’s membership of the European Economic Community in October 1971—or the chair in which he famously wore a short-sleeve shirt unbuttoned to the navel and hotpants while being interviewed by Nigel Nelson, will bring intriguing and sometimes amusing episodes in Heath’s later life into sharper focus. In short, Arundells offers a rare glimpse through what William Waldegrave (who succeeded a young Douglas Hurd as his Private Secretary in the mid-1970s) has termed the ‘carapace thicker than a rhinoceros’s hide’, which the former Prime Minister built to ‘protect his privacy and rebuff intimacy’.

Although the master bedroom where he died, looking diagonally across to the Cathedral spire, is now a conference room—with the original layout and furnishings lost in the mists of time—the efforts of Arundells’ management team (and some 50-odd volunteers) to share Heath’s prized possessions with the general public and collate exhibitions chronicling the earlier history of the house and his military service will hopefully help to widen the house’s appeal in the year ahead.

Whilst Heath’s beloved home is now overseen by a Charitable Foundation—chumming Chartwell as Britain’s contribution to the European Parliament Network of Political Houses and Foundations of Great Europeans—its trustees maintain that this ‘remarkable piece of Britain’s political heritage’ is, as in Heath’s lifetime, ‘both a place and a concept’. Whilst visitors will rightly debate and dispute Sir Edward’s political creed and his achievements in and out of office, Arundells remains a definitive statement of the value and importance of preserving both Britain’s political heritage and, perhaps more importantly, varied and fascinating cultural collections for their own sake.

Whilst what Andrew Marr dubbed Heath’s booming ‘elephantine harrumph’ no longer echoes around 59 The Close, Arundells is a fine example of what the renowned Whig historian, G.M. Trevelyan, once called ‘the poetry of history’ – the ‘quasi-miraculous fact that once, on this earth, once, on this familiar spot of ground, walked other men and women, as actual as we are today, thinking their own thoughts, swayed by their own passions, but now all gone, one generation vanishing into another, gone as utterly as we ourselves shall shortly be gone, like ghosts at cockcrow’. For as long as this monument to and record of his life stands, Sir Edward Heath will remain an intriguing, often frustrating, but perversely likeable ghost, and one who, thanks to this endearing museum, remains within reach, even after first light.