Edward Heath was born in Broadstairs in Kent in 1916

‘…a remarkable insight into the lives of Sir Edward Heath’

He studied Politics, Philosophy and Economics at Balliol College Oxford, won an organ scholarship and became President of the Oxford Union. He served with the Royal Artillery during the Second World War.

He entered Parliament in 1950, as the MP for Bexley. He served in the Conservative Governments from 1951 until 1964, including as Chief Whip (1955-59) and as Minister of Labour, Foreign Office Minister and as Secretary of State for Industry, Trade and Regional Development in which role he was responsible for the abolition of Retail Price Maintenance. He became the first elected and first State-educated Leader of the Conservative Party in 1965 and held the role until 1975.

Sir Edward was Prime Minister from 1970 until 1974 during which time he successfully negotiated Britain’s entry to the EEC – a feat that had eluded previous Labour and Conservative Governments. His government had to tackle unprecedented trade union militancy, manage the impact of the first oil price shock in 1973 and seek to bring terrorism under control in Northern Ireland. The Heath Government was the first to achieve a power-sharing approach in the Province in 1973.

In the years after losing office, Sir Edward played a big role in fostering links between the West and the People’s Republic of China and served on the Brandt Commission on International Development. In 1990 he flew to Baghdad and successfully negotiated the release of some of the ‘human shield’ hostages being held by Iraqi leader, Saddam Hussein.

Her Majesty the Queen appointed him a Knight of the Garter in 1992. He described the day of his inauguration as being “the proudest day of my life”. Sir Edward Heath is the only British Prime Minister to have won a major international sporting trophy whilst in office. He owned and raced five yachts called Morning Cloud and became one of the most successful ocean racers of his generation.

His first big achievement was to win the gruelling Sydney Hobart Race in 1969 and the prestigious Commodores Cup in 1970.

In 1971 Edward Heath was appointed Captain of the Great Britain Team for the Admiral’s Cup – the unofficial world championship of ocean racing – and led the team to victory. He has the distinction of winning the Gold Roman Bowl for the Round the Island Race four times in three different yachts. He was aboard Morning Cloud V during the infamous Fastnet Race, when eighteen people died, and retired from competitive sailing in 1986 at the age of seventy. Edward Heath was probably the most accomplished musician to occupy 10 Downing Street. He had a lifelong interest in musicwhich was strongly encouraged by his Mother from an early age. First the piano and later the organ, he won an organ scholarship at Balliol College and he considered becoming a professional musician.
He started conducting at the age of fifteen and established the annual Broadstairs Carol Concert which he conducted from his teenage years through to old age. In 1974 he became the first President of the European Community Youth Orchestra.

In 1971 he accepted an invitation from Andre Previn to conduct the London Symphony Orchestra in a performance of Sir Edward Elgar’s Cockaigne Overture at the Royal Festival Hall – becoming the first British Prime Minister ever to conduct a leading professional orchestra. Many more followed and he worked with Abbado, Ormandy, Solti and von Karajan and other leading conductors. Indeed he conducted leading orchestras all over the world including in the US, Russia, Germany, Turkey, Japan, Israel, Hungary, Ireland and China.

Advised by his great friend, Moura Lympany, he first acquired a Steinway piano in 1963 and his last piano has pride of place in the Arundells drawing room. His book ‘Music: A joy for life’ was published in 1976 and revised and republished in 1997. 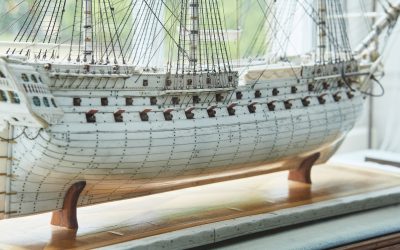 Shipshape at Arundells by Kate Walter

Written by Kate Walter for Wiltshire Life Magazine. I joined the Arundells team as their new Curator in January 2021. Carrying out essential conservation in the depths of the winter lockdown provided an unprecedented opportunity to get to know the house. Some may...

END_OF_DOCUMENT_TOKEN_TO_BE_REPLACED 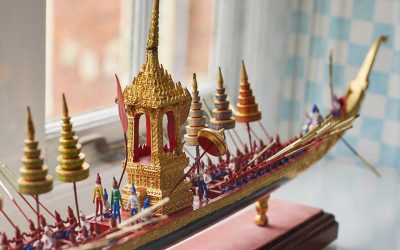 Conservation at Arundells by Kate Walter

While Arundells is closed we continue to work on essential conservation tasks, so I thought I would use my first blog spot to give some insights into what we do behind-the-scenes to care for the house and collection.  At Arundells, we practise Preventive...