The peaceful garden extends to around two acres in total, with lawns, mature trees, shrubbery & borders.

‘Beyond the house lies the garden, a visit in its own right’

It was redesigned in 1985 to Sir Edward’s wishes and much of the garden has remained unchanged over the intervening years. There is an interesting range of trees, including Mulberry, Magnolia, Yew, Liquidambar, Davidia and Birch.

Two particular features are the spectacular views of Salisbury Cathedral and the tranquil frontage to the confluence of two rivers – the Avon and the Nadder.

There are plenty of hidden spaces to explore; lots of nooks and crannies! Look out for the Victorian bronze figure of a girl holding a bowl by the sculptor G E Wade and the bow of Morning Cloud III, one of Sir Edward’s racing yachts. This is located within a quite wooded Dell and serves as a memorial to the two crew members who lost their lives when the yacht was sunk in a severe south-westerly gale in September 1974. 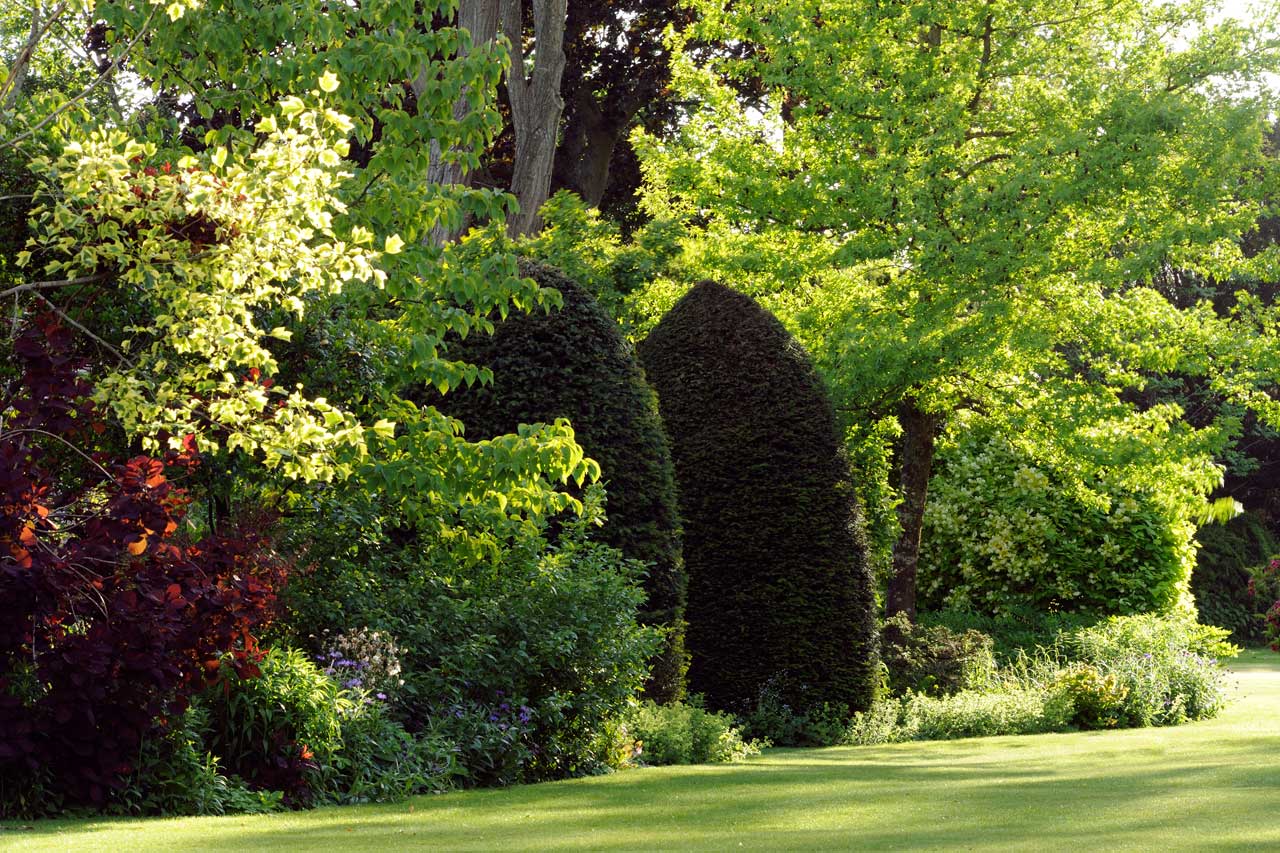 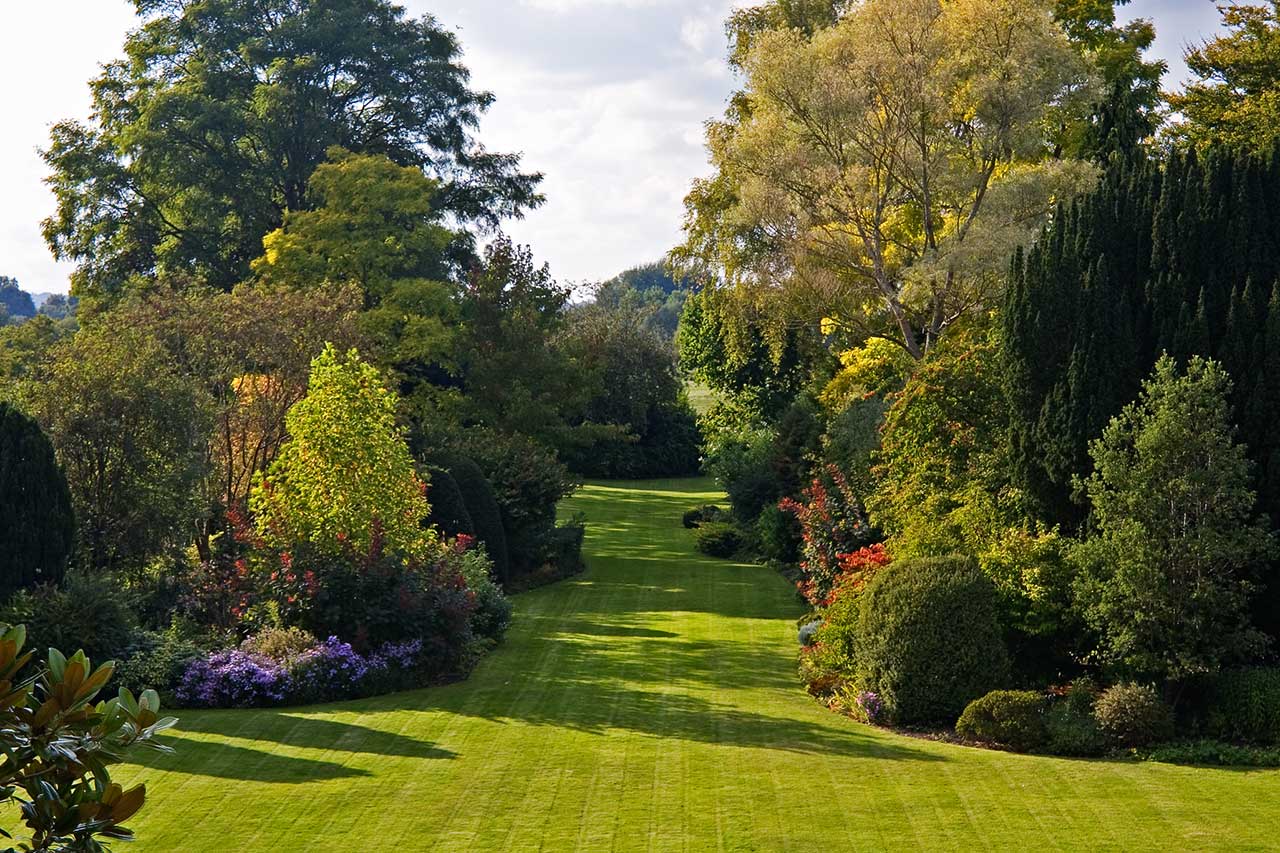 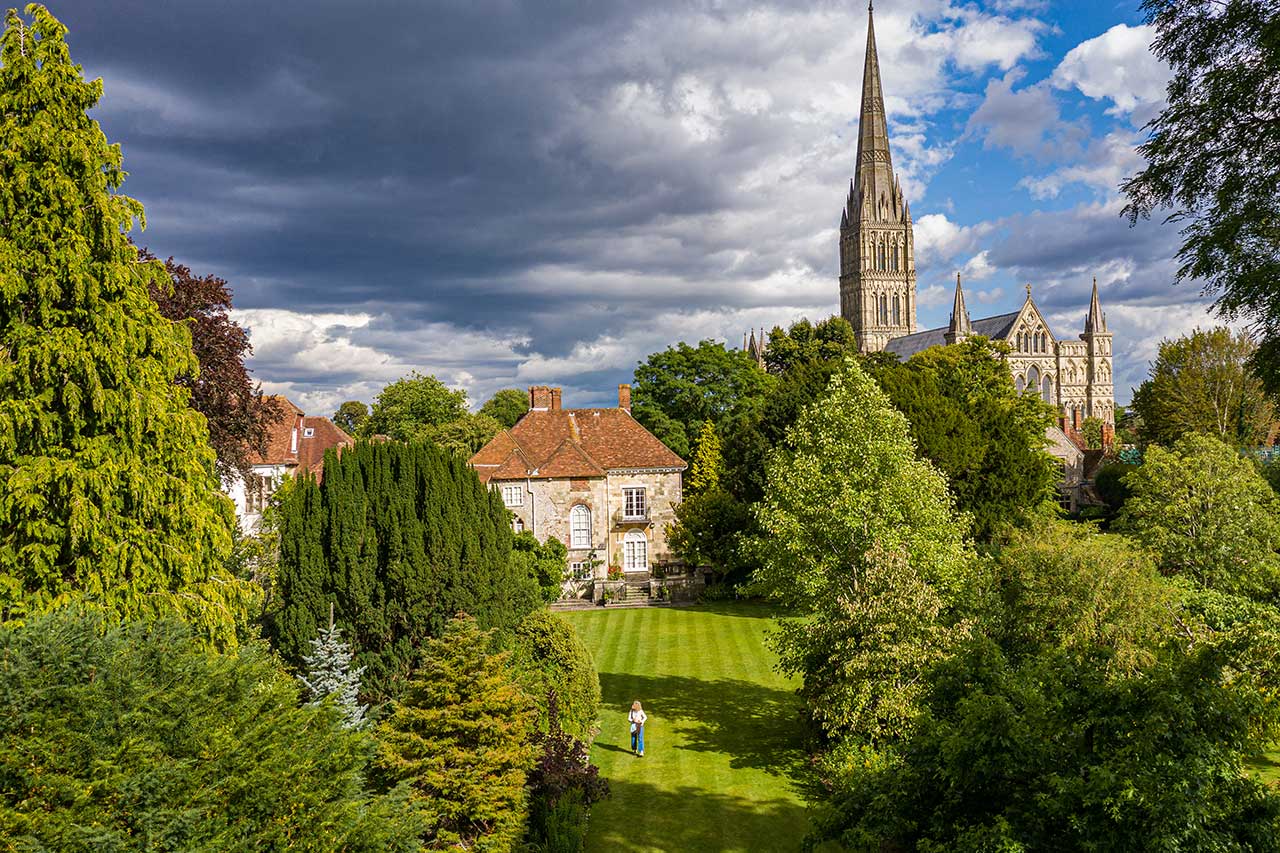