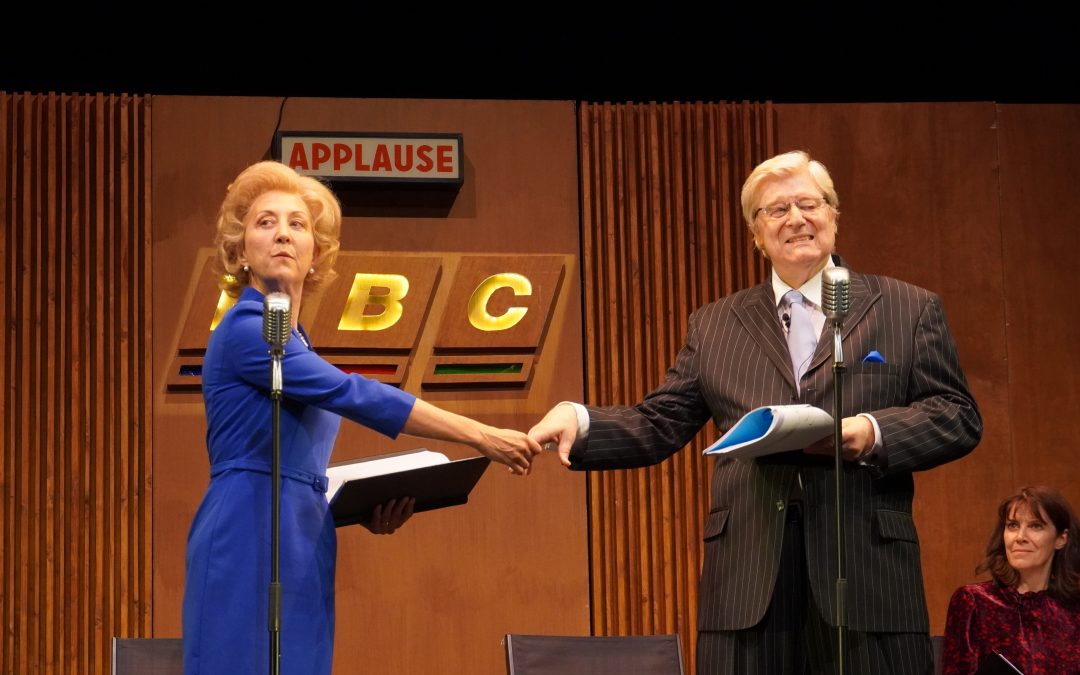 For someone who played such a significant role in directing our national trajectory, Sir Edward Heath has been surprisingly neglected on stage and screen – with little more than a walk-on role in “The Audience” (the smash-hit play about HM the Queen and her Prime Ministers) and a single, rather bleak episode of “The Crown” featuring him and his premiership. His ghost also appeared in “Tory Boyz”, an early play by James Graham (“This House”, Quiz”), but that was very much a speculative spirit and not any kind of serious attempt to evoke the real man, or consider his personality, career or achievements.

On 28 and 29 June, at the Garrick Theatre in London’s West End, we had two performances of “Maggie and Ted” – my attempt, as someone who knew and worked for both Mrs. T and also Sir Edward, to represent them both truthfully and fairly on the stage. It was quite a gamble – I’m hardly a household name, especially as a playwright – but acting legend Martin Jarvis (as “Ted”) and Clare Bloomer (as a wonderful “Maggie”) evoked our two titans with extraordinary style and accuracy.

We sold out our short run and our audiences responded with tremendous enthusiasm. “Funny, touching, and true”, wrote TV legend Gyles Brandreth after the show; Mark Lawson, in his four-star review in The Guardian, described the piece as “a rollicking ride”; and Lloyd Evans, in The Spectator,  likened the show to “a political hustings”.  Now we go on to a full week’s run at the Yvonne Arnaud Theatre in Guildford, from 12-16 October (www.yvonne-arnaud.co.uk) with plans afoot for a national tour in 2022. After that, who knows?