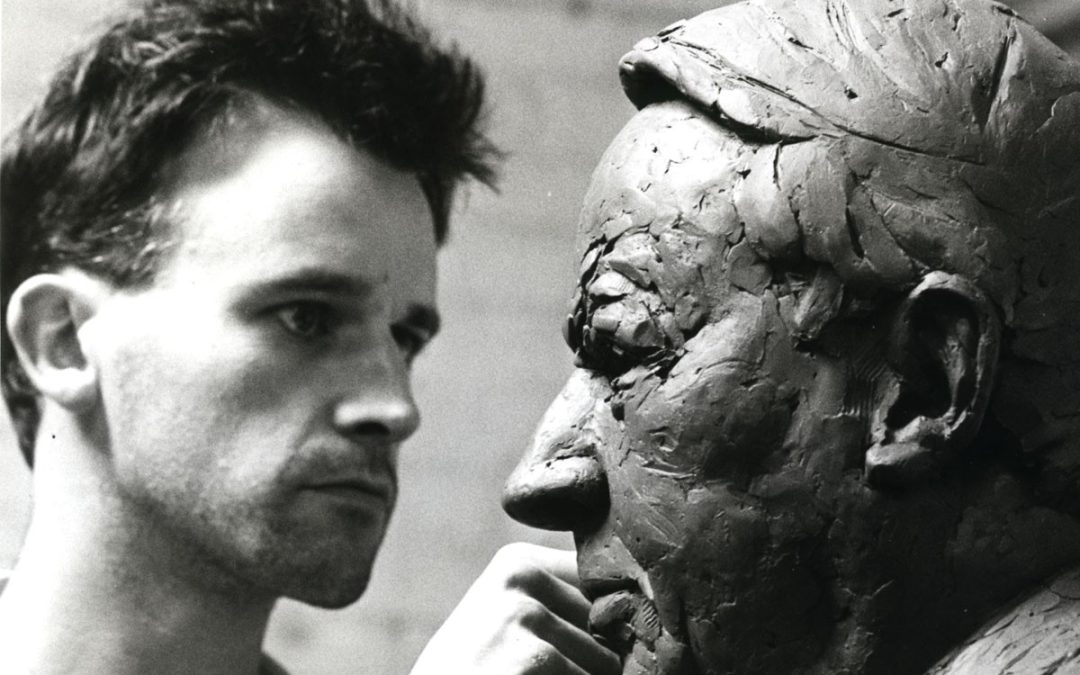 Artist Martin Jennings is perhaps best known for his statue of Sir John Betjeman at St Pancras Station and he has twice won the Marsh Award for Excellence in Public Sculpture, so it is with great excitement that Arundells will be hosting an exhibition of his work this year.

Entitled Poets, Plumbers and Politicians, the exhibition will display maquettes of his statues of famous national figures alongside the stories behind their full-size realisations. Exhibits range in size from a tiny 6ins high model of his sculpture of George Orwell outside the BBC to a cast of the larger-than-lifesize portrait bust of Queen Elizabeth the Queen Mother at St Paul’s Cathedral.

Martin first visited Arundells in 1991 when he was commissioned to create a bust of Sir Edward Heath by the Oxford Union. The time that Martin spent in Salisbury while sculpting the bust, gives us a brilliant glimpse into Sir Edward’s life in his beloved home. A cast of the bust now sits proudly in the music room at Arundells, mounted on a plinth that stands the same height as the man himself, allowing you to look into the eyes of the former occupant during your visit.

The Arundells bust that started the relationship between Sir Edward and Martin all those years ago will be moved to the exhibition room for the duration of the show. The exhibition will run from the 30th April to the 19th July and will be open Fridays to Tuesdays. Entrance to the exhibition is included with an entry ticket to Arundells house and/or garden, please note that Tuesdays are for guided tours only if you wanted to visit the house. Martin will be giving a talk to accompany the exhibition on the 12th May, for tickets and information click here. 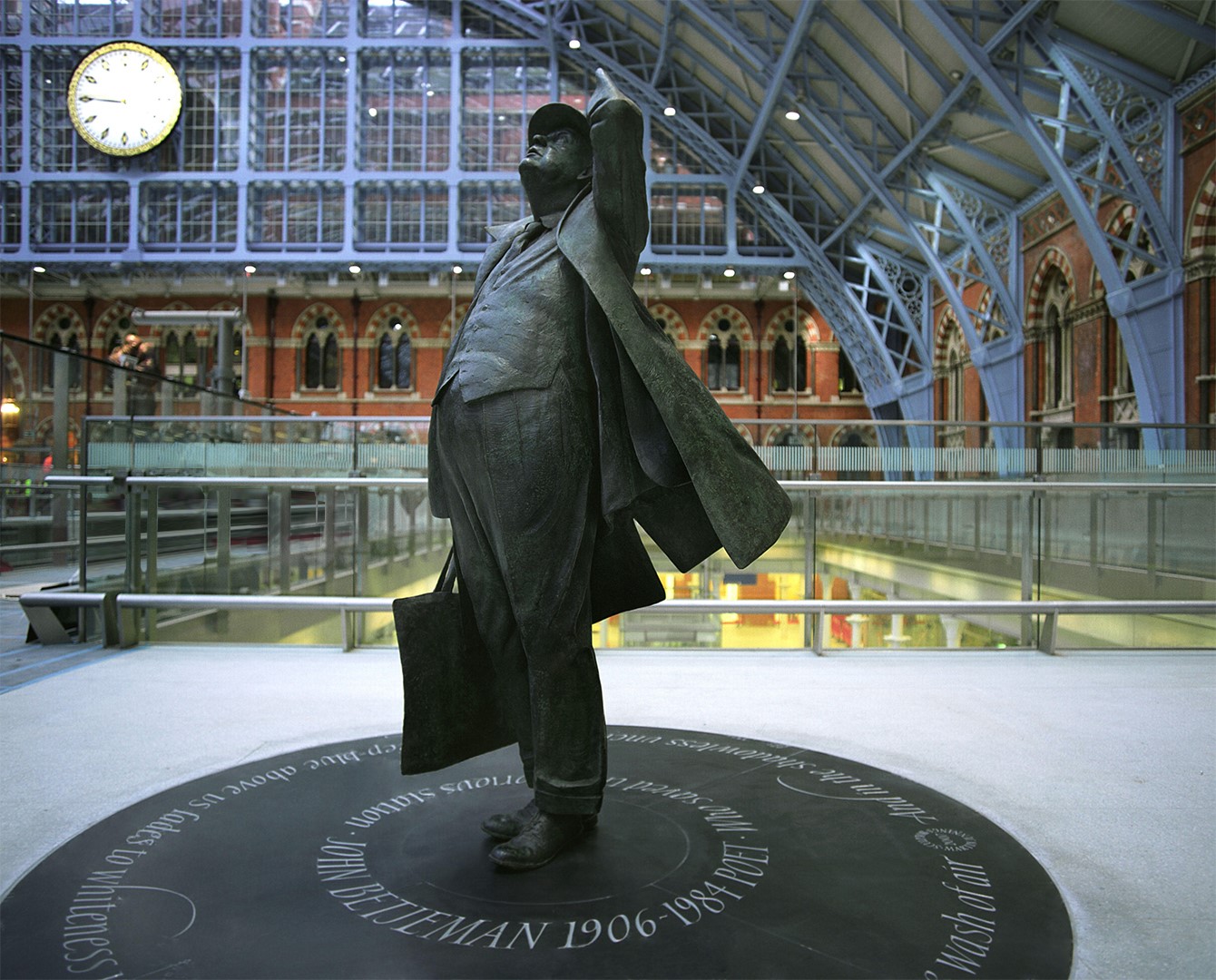 In 2008, Martin wrote an account of his visits to Arundells for The Oldie, read below for this fascinating account.

I had been commissioned to make a bronze portrait bust of Ted Heath for the Oxford Union and turned up at his house off the Close in Salisbury one hot August morning in 1991. I sat and waited in the garden with a coffee. Eventually Heath tacked lugubriously across the lawn and sat down, casting me a long baleful look. He did not appear to be looking forward to the business.

The first thing I needed was a series of photographs of his top half to work from when he wasn’t actually sitting for me. I asked him whether he could put on a suit and tie for the purpose. Releasing a huge sigh of despair he wandered back to the house, appearing what seemed like hours later wearing jacket and tie but having also put on what must have been the grubbiest pair of sailing trousers in his wardrobe. He was grinning broadly. Clearly it was all going to be a battle of wits.

Modelling of the portrait took place in the large drawing room. Heath was a good hour late for most of the sittings which could be a problem not least because the morning was the best time to work. Invariably he fell asleep in the afternoon. As soon as his chin slumped onto his chest I had to down tools. A deep rumbling would emanate from him, the only sound apart from the buzzing of the odd trapped bee in an otherwise deserted house. During the pause I would take to watching out of the window as the two or three Wiltshire coppers consigned to guard the gates of his home idly toyed with their machine guns in the summer heat. What was I meant to do with this somnolent grandee? When eventually I managed to wake him after virtually yelling his name he would pull his head back and bark at me in turn : “I wasn’t asleep ! I was thinking !”

The thinking bit of his face was interesting and I concentrated on it, furrowing the portrait’s clay forehead like some of the Epstein busts I’d been studying. His nose, beloved of caricaturists, was of less interest to me than the primness of his mouth. Further down, the shelf of his stomach tugged against his jacket in waving sheets. At one point he turned to the sculpture and suggested I treat it to “a deal less neck”. But how could I? The jowls were the man.

We chatted about this and that. He couldn’t understand why the cathedral choirboys had been allowed home for the summer instead of just being interned for the duration. And he talked about Augustus John whom he’d met as a younger man. The photo of him with Augustus and his wife Dorelia was the most prominently placed of the host of pictures of himself with world dignitaries that decorated the top of his grand piano. To give such prominence to his association with a painter suggested something about the role of art in his life; I wondered whether one of his gripes with Thatcher was that in his opinion she was just not cultivated enough.

He told me that he was pursuing legislation in Parliament to limit the powers of bogus competition organisers. Some time previously he had received junk mail announcing that he was the lucky winner of a Ford Cortina. He’d had himself chauffered to the sender’s office – a portakabin in some Midlands trading estate. He was filled with glee at the memory of how terrified the manager had looked to find an ex-PM sitting in one of his hard plastic chairs in reception and announcing that he’d come for his Cortina and wanted to drive it home. Not surprisingly the car was unavailable. Heath did however return with a hastily donated crate of cheap champagne in his boot all of which he told me he later poured down the sink before settling in to rough out some appropriately punitive bill.

Heath was provocative, rather like a bored teenager, but there was something very gratifying about his lugubrious wit. Before I drove off with the finished clay he told me in mock despair how feebly the work mirrored its subject. A few weeks later I had a call from his researcher to say that Heath rather liked it and wanted to buy a cast for himself.