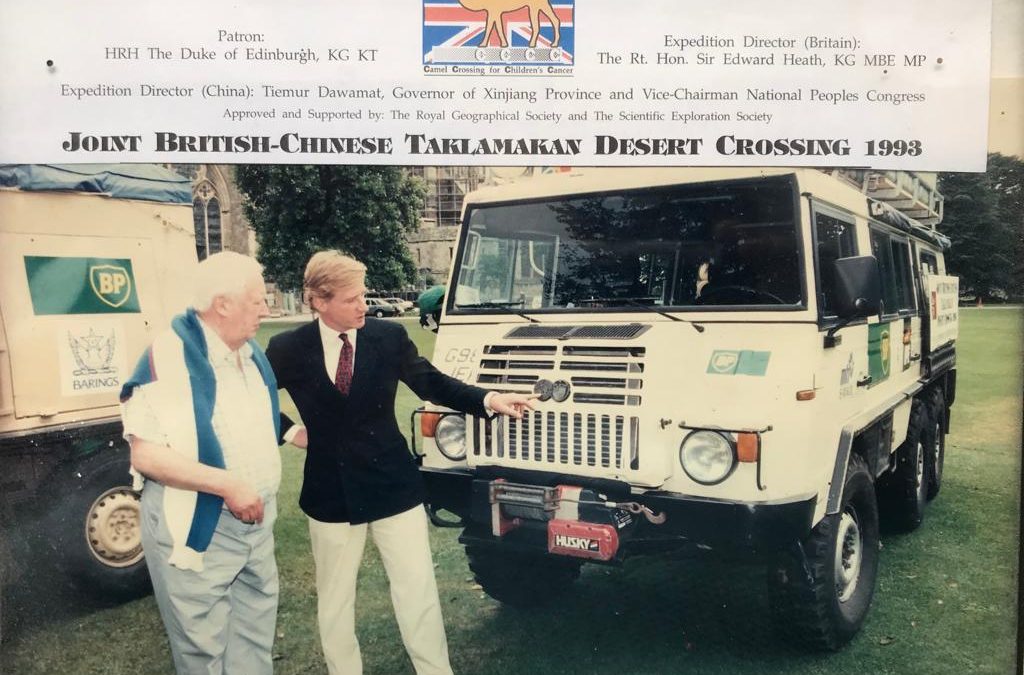 Actor and writer Mark Kitto, coming to Arundells on 15 Oct, writes about his unusual connection with the house.

At Arundells, upstairs in the room with the China memorabilia, a small white porcelain bottle stands on a chest of drawers. The red, gold and black label reads ‘Mou Tai’. It was produced in Guizhou, in the old Wade-Giles system for Chinese characters written ‘Kwei Chow’. Mou Tai is sorghum-based white liquor, an acquired taste, 53 per cent proof. This particular bottle was presented to Sir Edward Heath by Deng Xiaoping, Secretary General of the Communist Party of China, in person, in 1974. 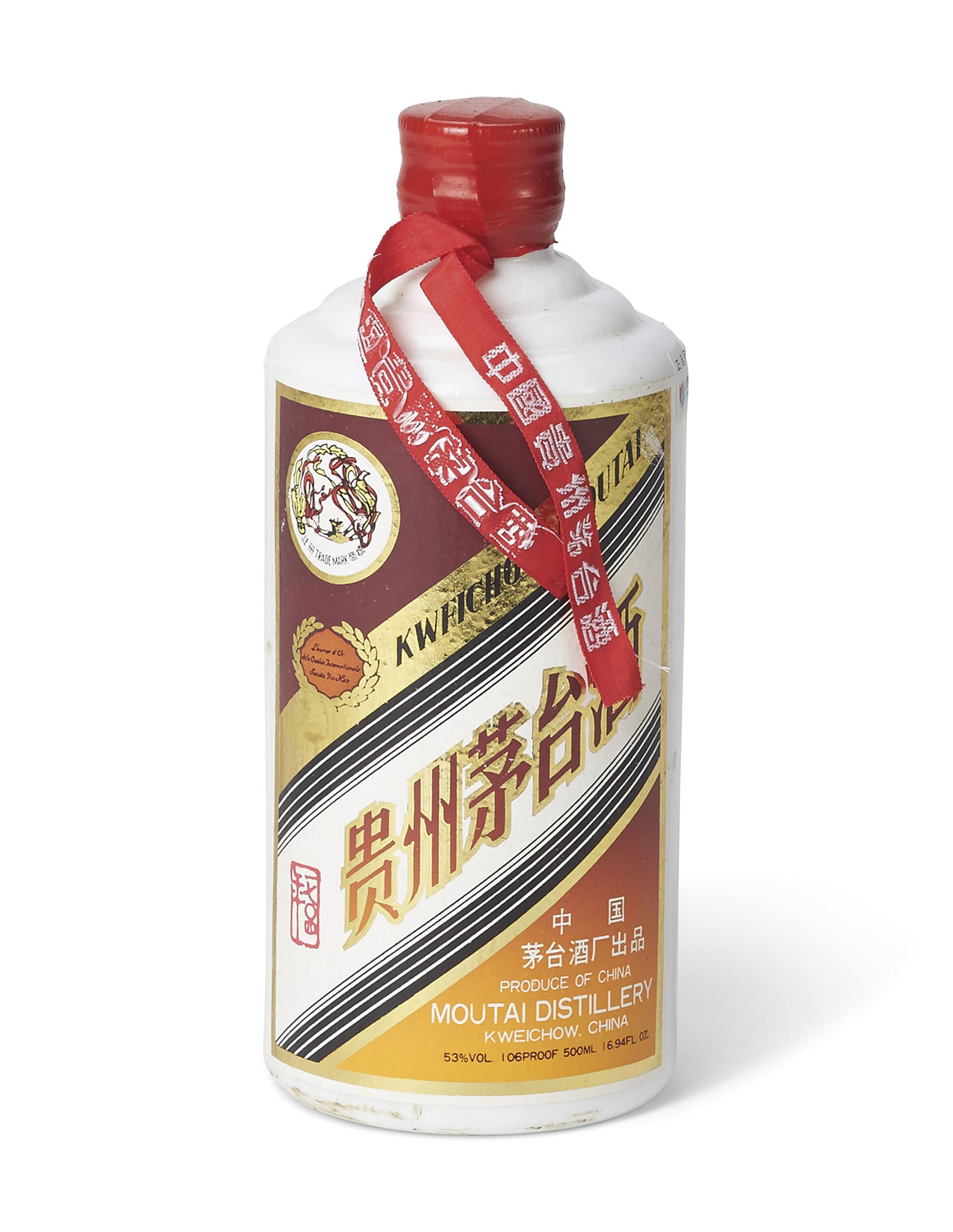 In the spring of 1994 I was invited to lunch by Sir Edward but denied the opportunity to attend. Some good friends of mine who could – and did – attend, were invited to taste the Mou Tai. I find the memory painful because, since some time beforehand, I had acquired not only the taste for Mou Tai but also a sincere appreciation of the stuff. To be honest, I like it very much. Those friends of mine did not. But that did not stop them draining it.

The story begins in 1993, when Sir Edward accepted an invitation to be the honorary Expedition Director of the ‘Joint British Chinese Taklamakan Desert Crossing Expedition’. The Taklamakan Desert sits in northwest China in Xinjiang Province, lately and sadly often in the news for the oppression the Chinese government is inflicting on the native Uighur population.

The aim of the expedition was to cross the Taklamakan Desert from west to east for the first time ever, straight through the middle. Hunters foreign and local, the former in search of buried cities, the latter for wild game, had been in and out of the desert by various routes over the centuries, but no-one had ever made a full traverse. The expedition also had the noble aim of raising funds for charity and an academic one to research the current state of the buried cities that the foreign explorers – Sven Hedin, Sir Aurel Stein, Albert von Le Coq and co. – had uncovered in the early years of the 20th Century.

I was the expedition’s communications expert: radios, satellites and Chinese language. I have a degree in Chinese from the School of Oriental and African Studies and in 1993 I was serving with the army in Northern Ireland as a Regimental Signals Officer.

The desert expedition was dreamt up and led by Charles Blackmore, then a major in the Greenjackets, and many of the team members were either recently ex-military or still serving.

It was however a ‘civilian’ enterprise, supported by corporate sponsors such as BP and Enterprise Oil (there was oil in the desert), Racal and Inmarsat (who wanted to see if their communications kit worked in extreme conditions), a company of merchant adventurers called Wogen (metal traders with China) and Famous Grouse whisky, among others.

A crossing party of just over a dozen British, Chinese and Uighurs along with thirty camels was to walk through the middle of the desert while a support team drove along the Silk Road to its south, ploughing up through the sand to meet and resupply the crossing party at five pre-arranged points. 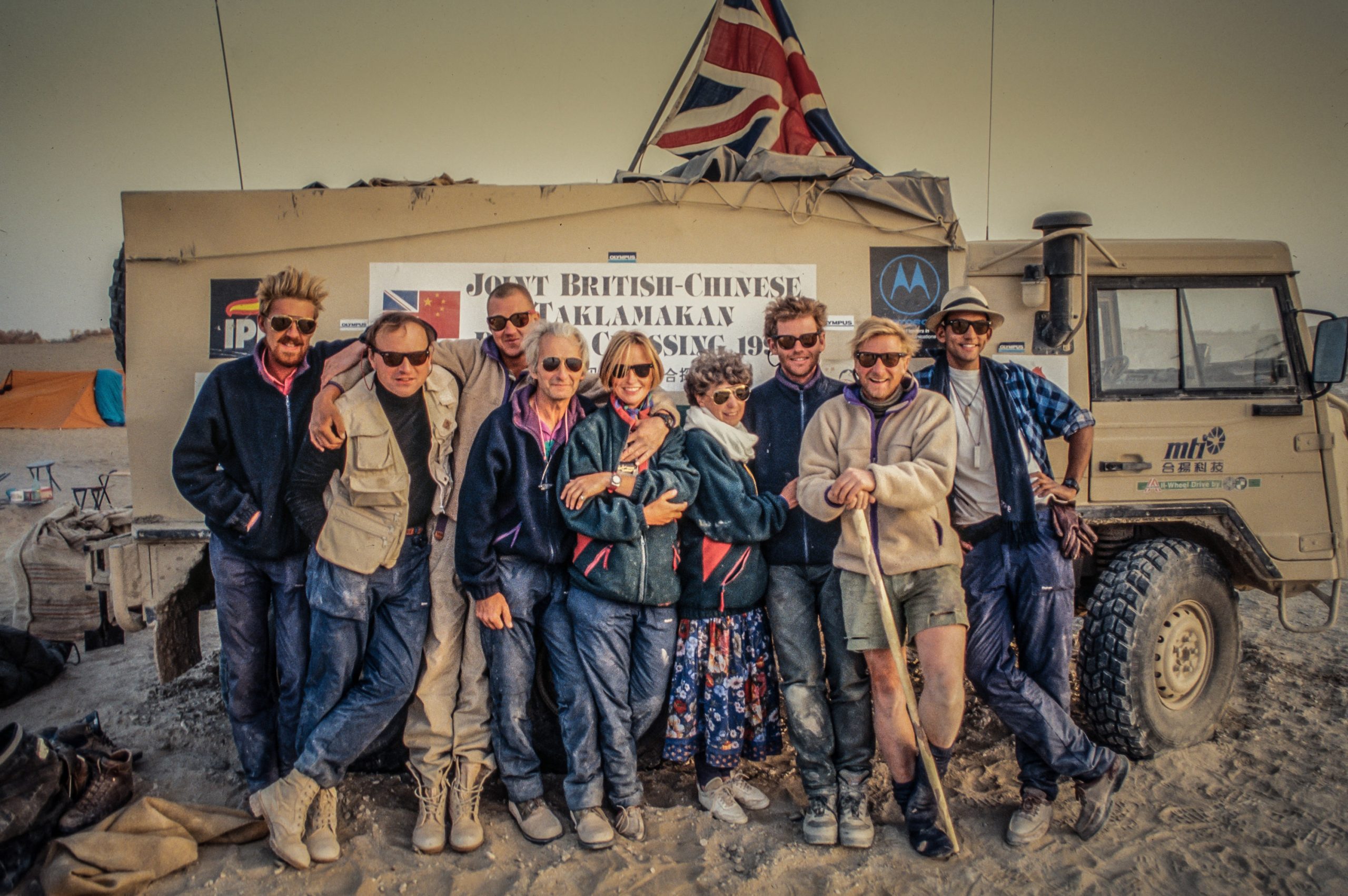 The truck in the desert with Mark Kitto far left.

Thanks to Sir Edward Heath’s long friendship with China, a country where long friendships are highly valued, he agreed to put his name on the top of the expedition’s official correspondence as British director. The Chinese director was the governor of Xinjiang Province, Tiemur Dawamat. Sir Edward also hosted our official departure, right here at Arundells (see photo). From Cathedral Close the support vehicles you see in the photo were driven to Southampton and shipped to Karachi, whence they proceeded up the Karakoram Highway into Xinjiang and the desert.

The expedition was a success. We completed the crossing on 21 November 1993.

The Queen sent a telegram. Sir Edward sent an invitation to lunch.

Now to get back to that Mou Tai. Walking through a desert for two months is thirsty work. We all fancied a drink. (We’d long since polished off the Famous Grouse). And as I mentioned above, I had acquired the taste for Mou Tai and appreciated how special it was. Charles passed on the invitation to lunch at Arundells to all the expedition members.

I was already back in Northern Ireland where my adjutant, the bane of every junior officer’s existence, (I was junior by a single letter of the alphabet, we had precisely the same seniority in years of service) decided I’d had too much fun walking through the ‘Desert of Death’ and would be spending the remainder of my time in the army (I was due to leave in a few months) in the most remote Royal Ulster Constabulary police station he could find, and ‘No, you may not have special leave to go for lunch with the former Prime Minister.’

Did I say my adjutant’s surname was one letter before mine in the alphabet? It actually began with a B.

So I never got to drink Deng Xiao Ping’s Mou Tai at Arundells. The memory is still painful.

I’ll be here on 15 October this year, to perform my one-man show, ‘Chinese Boxing’, around the corner  at the Medieval Hall. Recently I came on a recce. I made a point of asking if there was a bottle of Mou Tai tucked away somewhere. I was shown the one upstairs. I picked it up, opened it and put my nose to it. Not a whiff. Long since cleaned. I put the lid back on and the bottle back on the drawers. And I felt very sad.

Mark will be performing ‘Chinese Boxing’ on 15 October at the Medieval Hall, hosted by Arundells. The show is followed by a Q and A. Book your tickets by clicking here.

If you’d like to find out more about the 1993 Joint British Taklamakan Desert Crossing Expedition, Mark has narrated the audiobook, by Charles Blackmore, the expedition leader, ‘Conquering the Desert of Death’  It is available here.