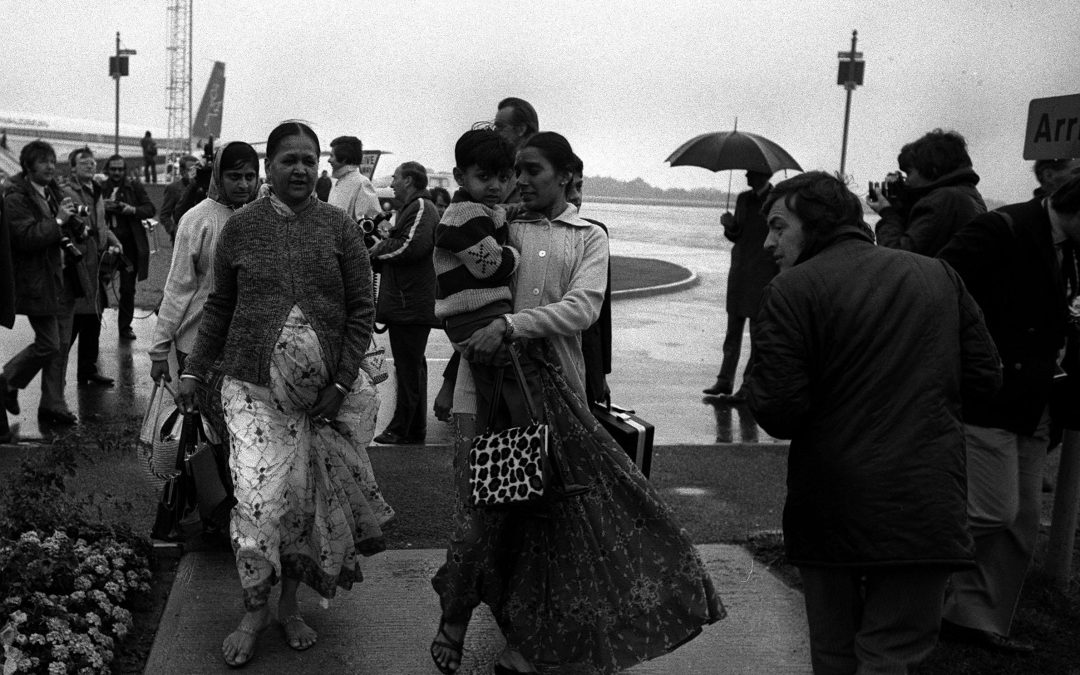 On Friday 12th August the Sir Edward Heath Charitable Foundation is launching its latest exhibition: ‘Exodus: the Uganda Asians’ Crisis of 1972’ at Arundells, the home of Sir Edward Heath, former Prime Minister of the United Kingdom. The exhibition examines the forced expulsion of the Asian community from Uganda by President Idi Amin Dada in 1972 and the willingness of the Government of Edward Heath to receive over 28,000 refugees.

On August 4th 1972 Amin announced his intention to expel almost the whole Asian population of Uganda within 90 days. It tells the remarkable story of the expulsion of the Asian community from Uganda, the initial resistance from some political elements to their admission to Britain – even though they were British passport holders – and the courageous decision by the Government of Edward Heath to honour Britain’s humanitarian obligations – and how from arriving virtually penniless, the community have made new and successful lives in Britain over the last 50 years.

The exhibition will feature material on:

“‘Marking the 50th anniversary of the shocking expulsion of Uganda’s Asian population, this exhibition tells the remarkable story of the 28,500 refugees that came to Britain thanks to the open arms of Edward Heath’s government and the contribution they have made to British society. Heath’s decision was not only morally and legally right, it was also brave at a time when unemployment in Britain was surging and Enoch Powell was seeking to inflame anti-immigrant sentiment within the Conservative Party and the wider electorate. The experiences from 1972 remind us of Britain’s tradition of generosity towards refugees and the rewards for our nation that have stemmed from compassion and generosity.”

The exhibition has been made possible through the generous support of the Ahluwalia Family Foundation and of the Rumi Foundation.

The Foundation is grateful for the work of its Advisory Group on the exhibition: Rt Hon Shailesh Vara M.P., Cllr Ravi Govindia and ecotourism expert and entrepreneur Praveen Moman.

On Fridays-Mondays, visitors can browse the house and gardens at their leisure. On Tuesdays, access is by guided tours only (advance booking for tours is advisable: www.arundells.org). Admission costs: House, Garden and Exhibition Room: £9. Guided tours: £13. Garden and Exhibition Room only: £3.50. Wheelchair access ground floor only. For more details, please contact: 01722 326546 or info@arundells.org