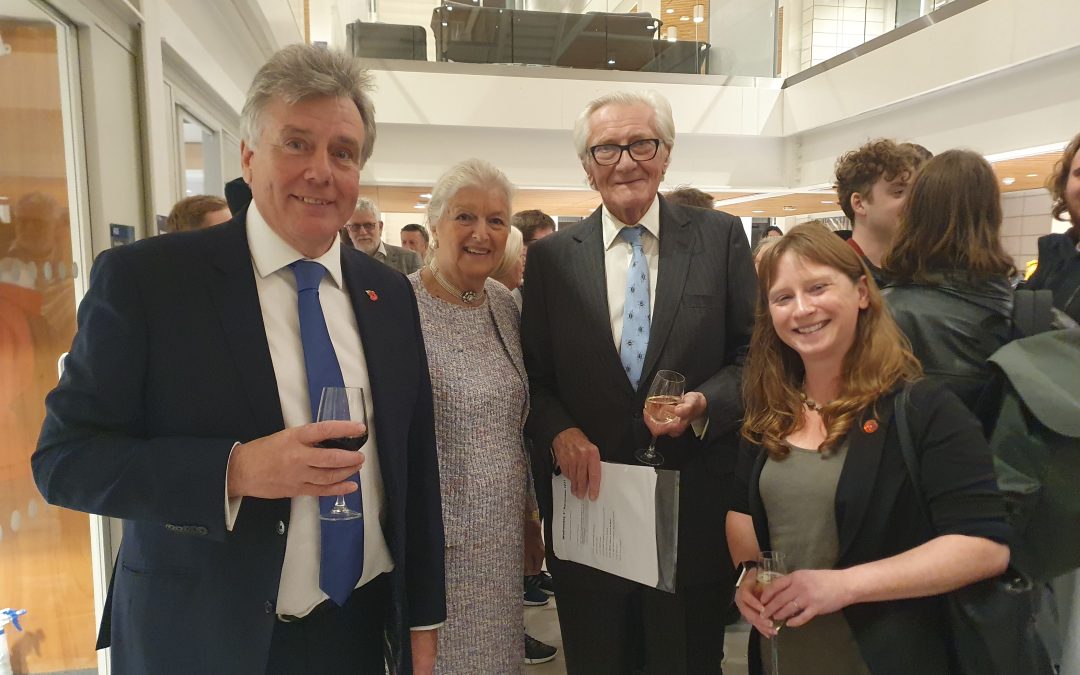 The Edward Heath University Lecture Series got off to a fabulous start at the University of Nottingham. Michael Heseltine was the lecturer and Ken Clarke was in the chair. Over three hundred people attended – mainly students but lecturers and professors were also in the audience.

Michael Heseltine examined the influences and thinking behind Edward Heath’s determination and drive to take the UK into the European Union. He then focussed on the causes and consequences of Brexit, making it clear that young people would help to reverse the decision to leave the EU. He gave a clarion call to fight on for Britain’s interests.

After the lecture, questions deftly handled by Ken Clarke, flowed from the audience. In conclusion, Michael asked for a straw opinion poll which produced an overwhelming majority in support of returning to the EU.

During dinner for speakers, organisers, professors and trustees, a lively debate ensued on subjects including legitimacy of decision making, constitutional devices, the future of the UK, representative models and the threat of populism and quality of leaders.

The next lecture on at Newcastle University with Chris Patten on Wednesday 4 May 2022, click here for more information on the lecture series. 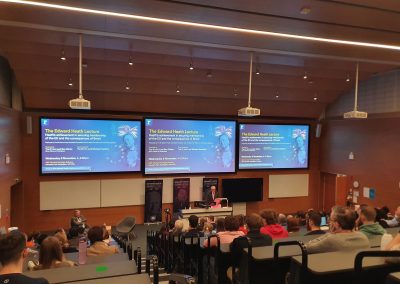 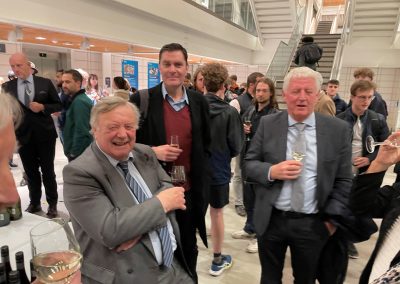 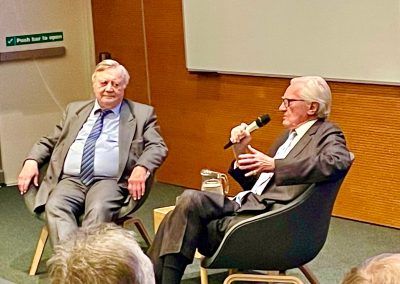 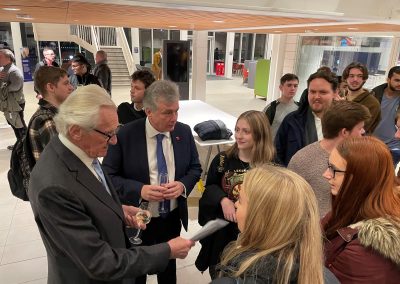 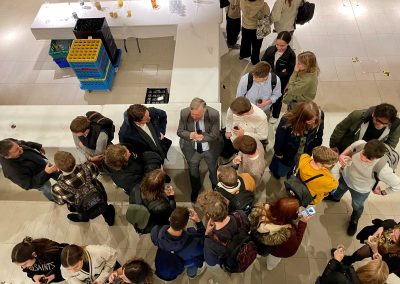 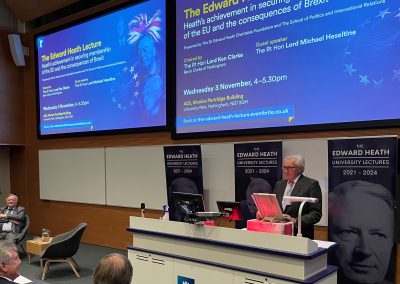